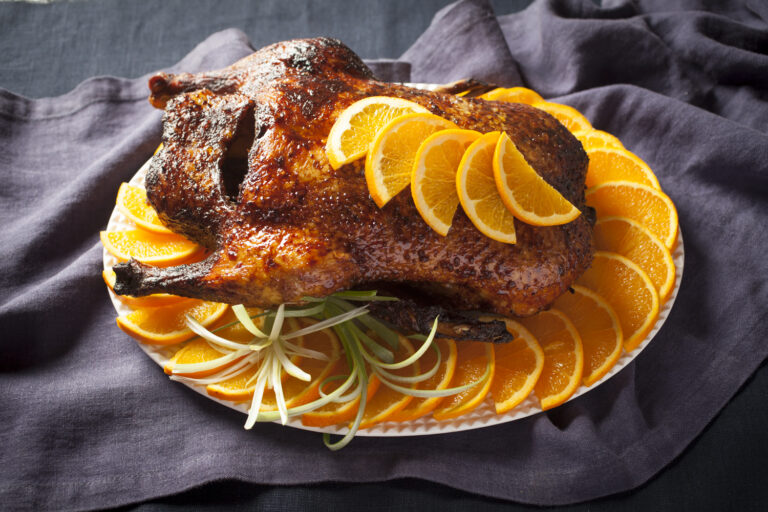 Duck was once reserved for special occasions and holidays but it’s becoming more and more popular and that’s not surprising considering how versatile and delicious it is. The trick with duck is cooking it and seasoning it properly which is quite easy to do provided you know how!

Peking Duck is a dish that originated in Beijing, China and variations of roast duck have been served since the Imperial era. In fact, variations of roast duck have been prepared and cooked in China since the reigns of the Northern and Southern Dynasties and can be dated at least as far back as 1330 in the book “Complete Recipes for Dishes and Beverages” written by the Hu Sihui, the inspector of the imperial kitchen of the time. The Peking Duck of today resembles the one that was refined to a true dish during the Ming Dynasty and by that time it was a standard on the tables of the imperial court. The dish is so renowned in fact and has been so popular in China since it’s commercialisation in the restaurant Bianyifang in 1416 that it has actually inspired the creation of different types of ovens specifically for cooking them and has altered kitchens all over the country. 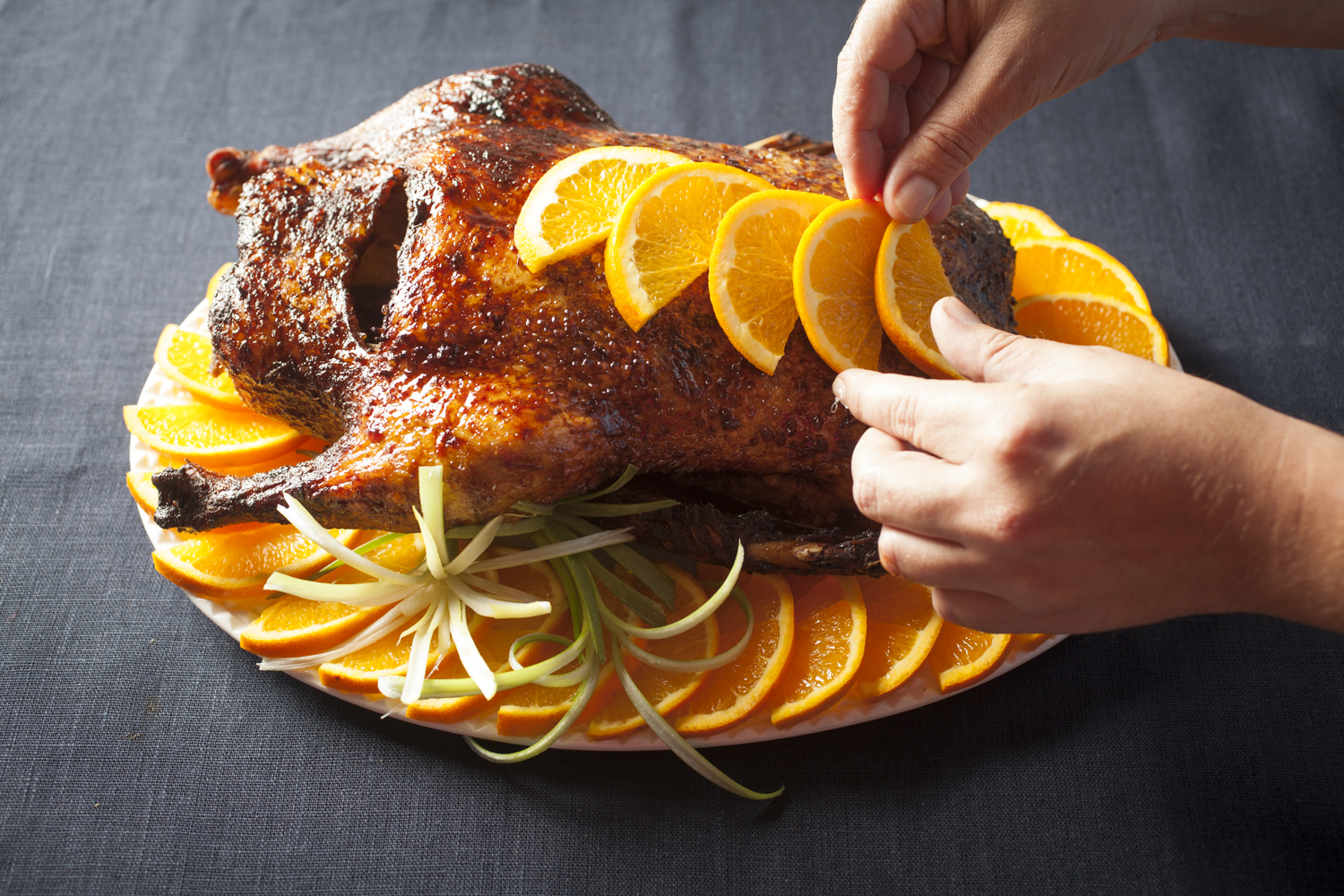 Peking duck is traditionally served with sliced green onions, cucumber, sweet bean sauce and thin Chinese pancakes, though I like mine served with Hoisin sauce, fresh oranges, sesame seeds and spicy orange marmalade. Peking duck also inspires chefs all around the world who add their own flare to the dish. Such as I’ve done here! The possibilities are endless! 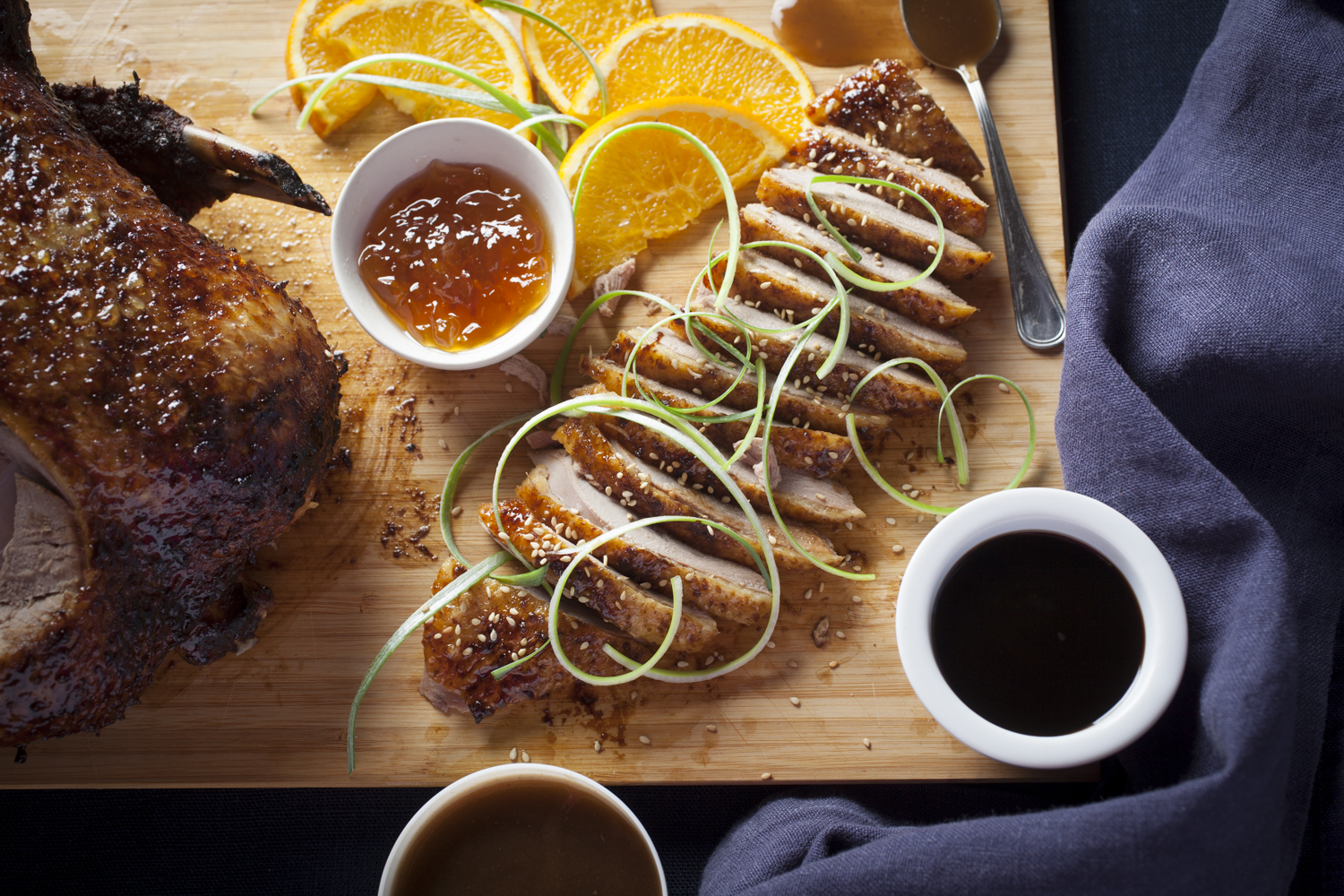 The first step is to prepare the duck and to season it. Duck is often sold whole with the head, wingtips, flippers, tail and entrails still intact. If buying it from a butcher, you can ask to have all of these removed. Proceed by washing the duck thoroughly under cold water, inside and out, and pat dry. Season the entire duck, inside and out, and place it in the fridge for at least 24 hours prior to cooking it as this will ensure that the skin is flavourful once roasted.

That was the easiest part! The second step is a bit more tricky but absolutely imperative; the steaming process. If you already have a Fornetto you’ll know that there are two racks in the cooking chamber. Remove one of the racks from the oven and place it over a large roasting pan on your household stove and fill the pan with water. Place the seasoned duck on the rack and cover the whole thing with foil. Bring the water to a roaring boil and allow the duck to steam for 1 hour. You may have to add more water while steaming it. The steaming process is very important as duck has a thick layer of fat under the skin. By steaming it, most of the fat is rendered from the skin and it’s by doing this that you’ll end up with the highly prized crispy and flavourful skin one hopes for with roast duck. 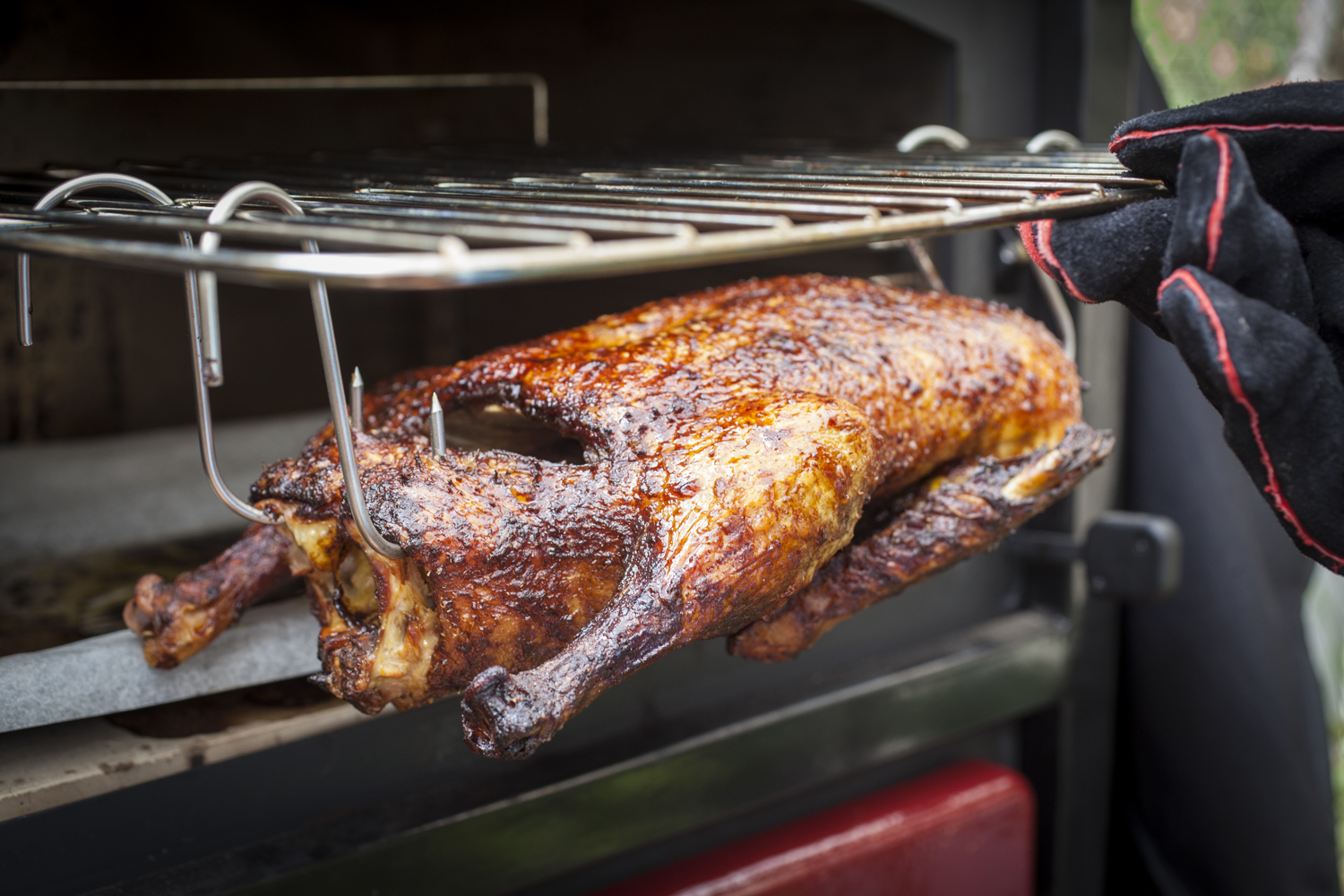 One of the most traditional ways of roasting Peking Duck is by hanging it in a Chinese “hung” oven. The purpose of the hung oven is to be able to cook large quantities of ducks at a time however, I like hang-roasting foods so the entire roast cooks evenly, without lines, can be basted all over and doesn’t stew in the juices but rather the fat and excess juices drip away from the meat and can be discarded or turned into a gravy once done. Though the Fornetto’s cooking chamber isn’t quite tall enough to hang a whole bird vertically, I place the remaining rack in the highest position in the cooking chamber and using two sizes of steel hooks, I hook the smallest two through the front and the longer ones though the tail-end. This will place the duck on a diagonal allowing the fats and juices not to accumulate in the cavity.

Don’t forget to place a drip pan in the bottom of the cooking chamber or you will end up with a big mess. I like to line the drip pan with parchment paper which makes for very easy clean-up. Don’t forget to wear protective gloves when operating the Fornetto, including opening and closing the doors as well as handling anything directly from the oven. 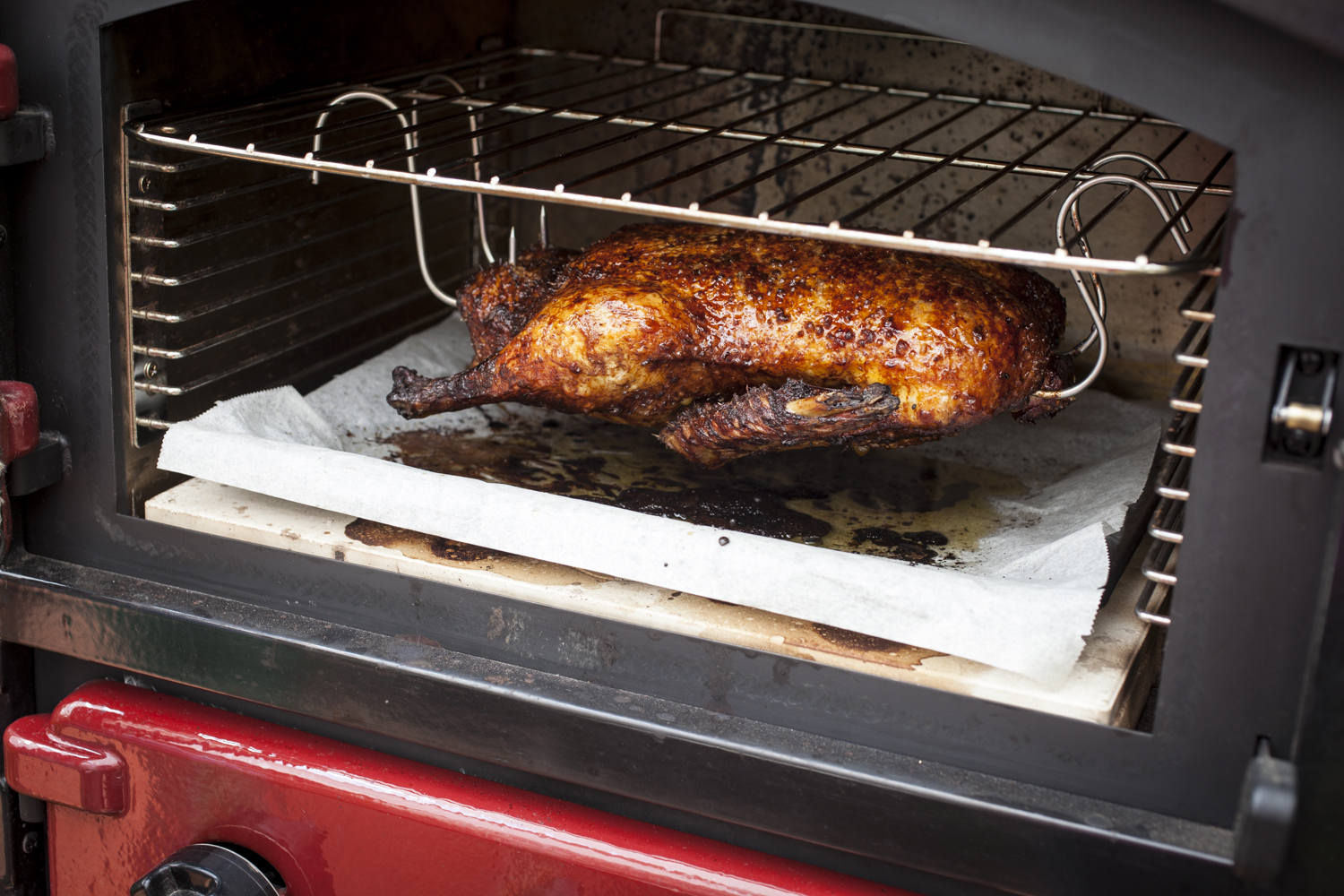 When the duck is ready, serve it whole and carve it at the table as you would a chicken or turkey. Do not cover the duck after removing it from the oven or the skin will lose its crispiness and become soggy! 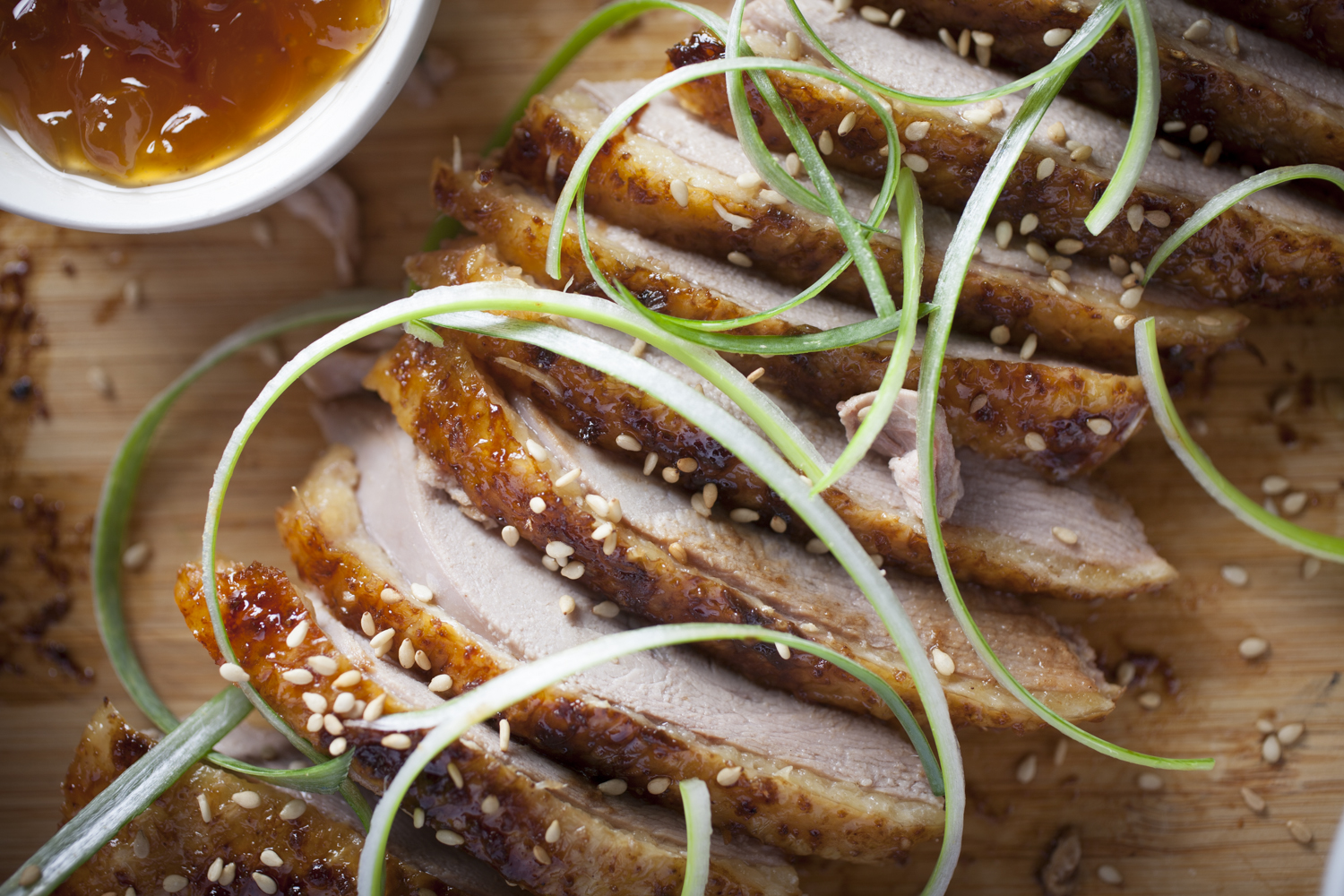 You can accompany the duck with your choice of sauces such as the traditional ones I named above or the way I like to serve it. (Seen in the image from top right going clockwise; fresh slices of orange, toasted sesame seeds, spicy Chinese mustard, spicy chilli and orange marmalade, spring onions, Hoisin sauce and in the centre a gravy made from the drippings in the pan). 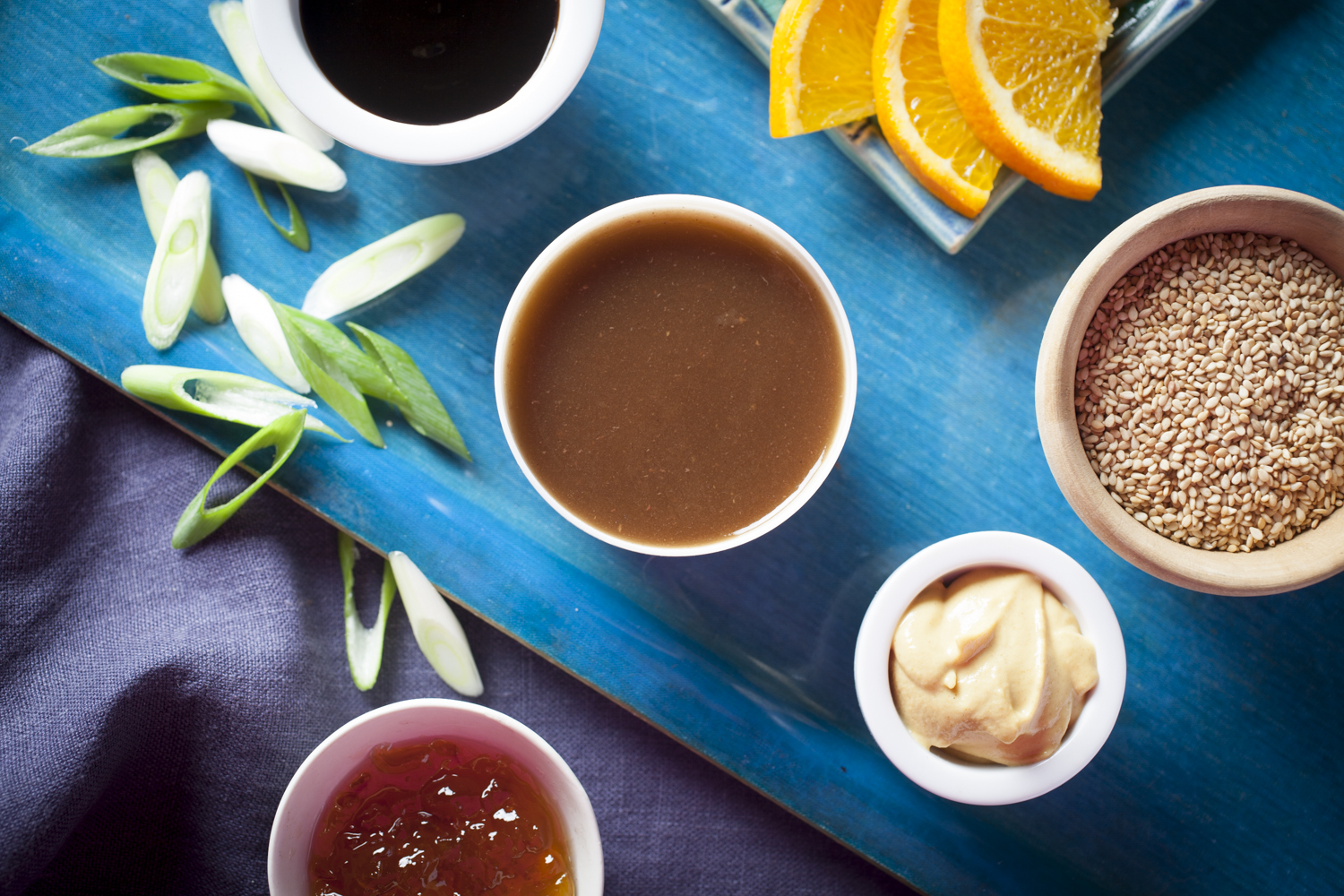 Serve the duck thinly sliced using a very sharp knife taking care not to tear the skin away from the meat.

Check out the recipe for serving ideas by clicking here! 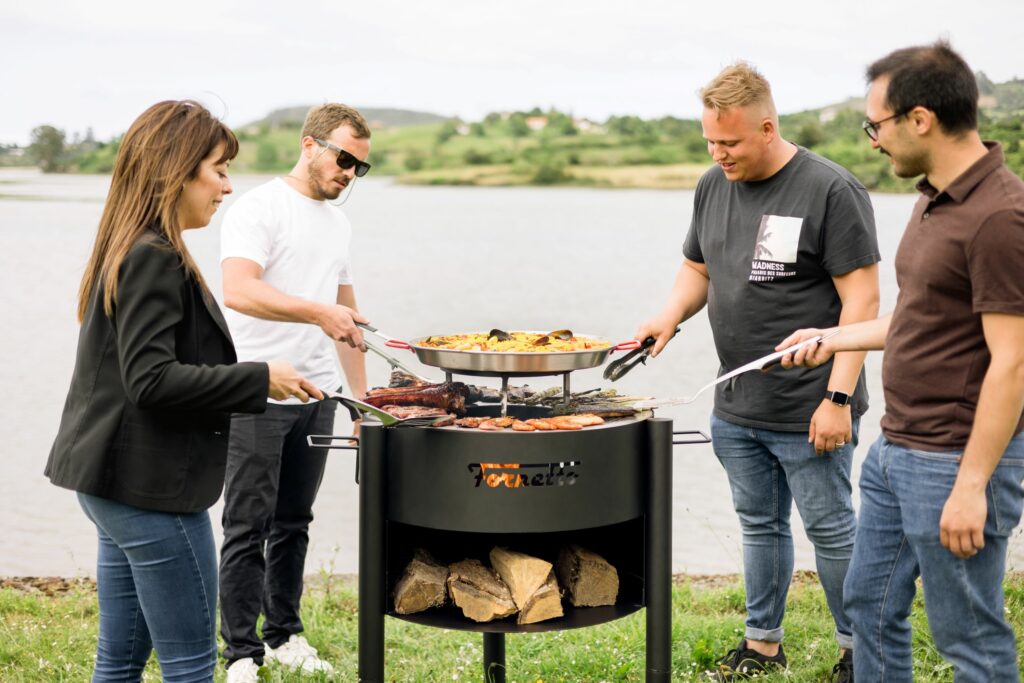 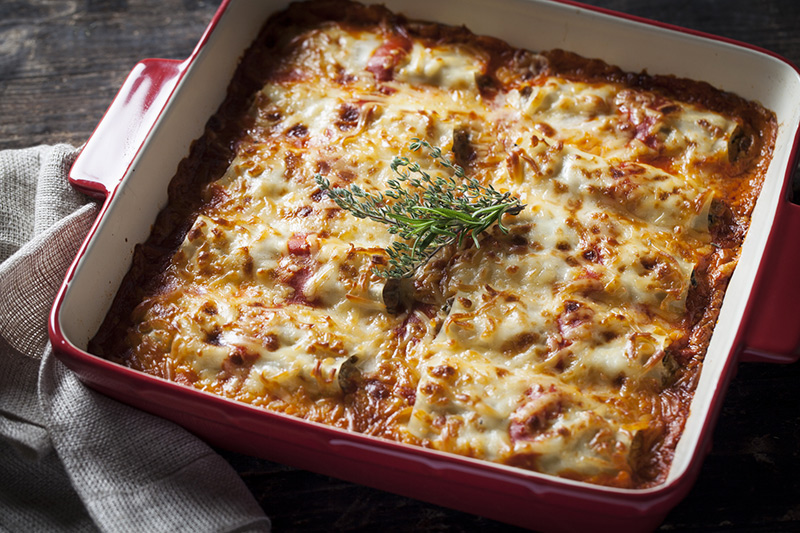 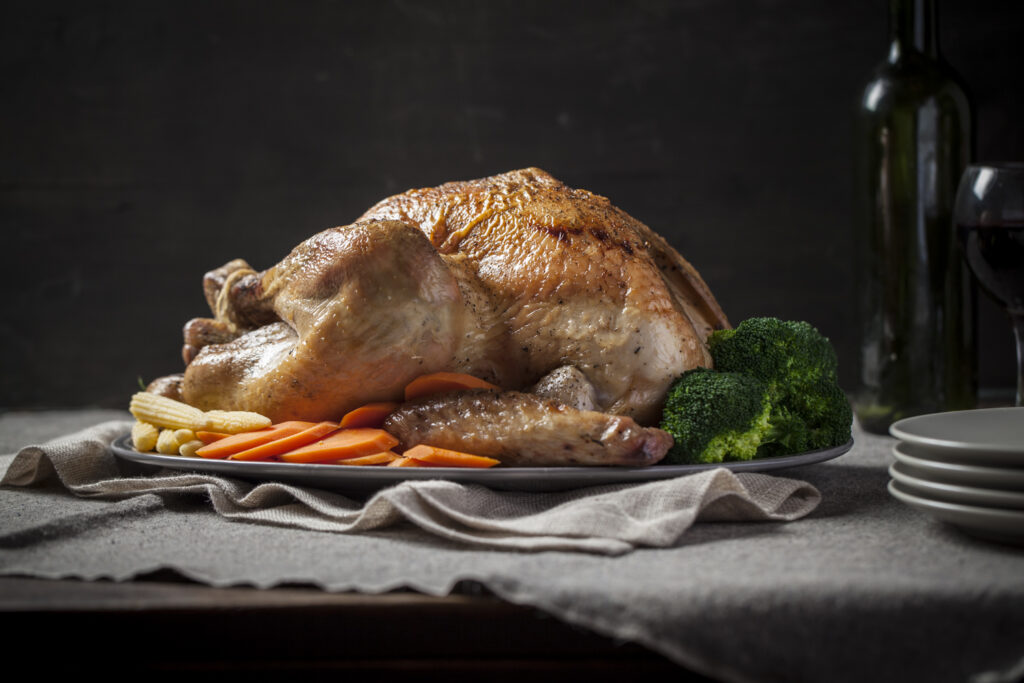 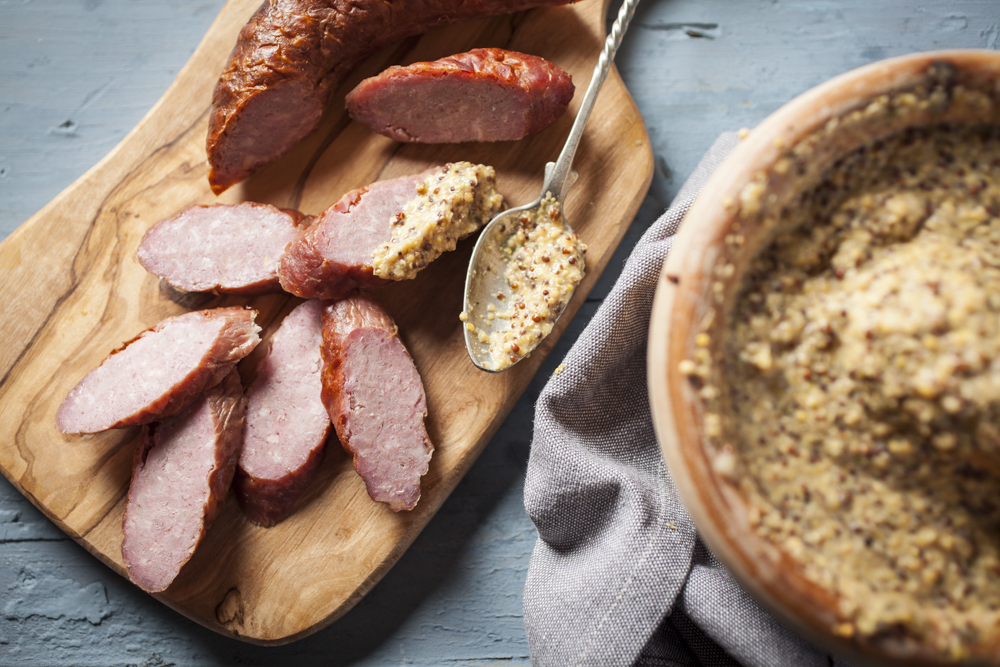 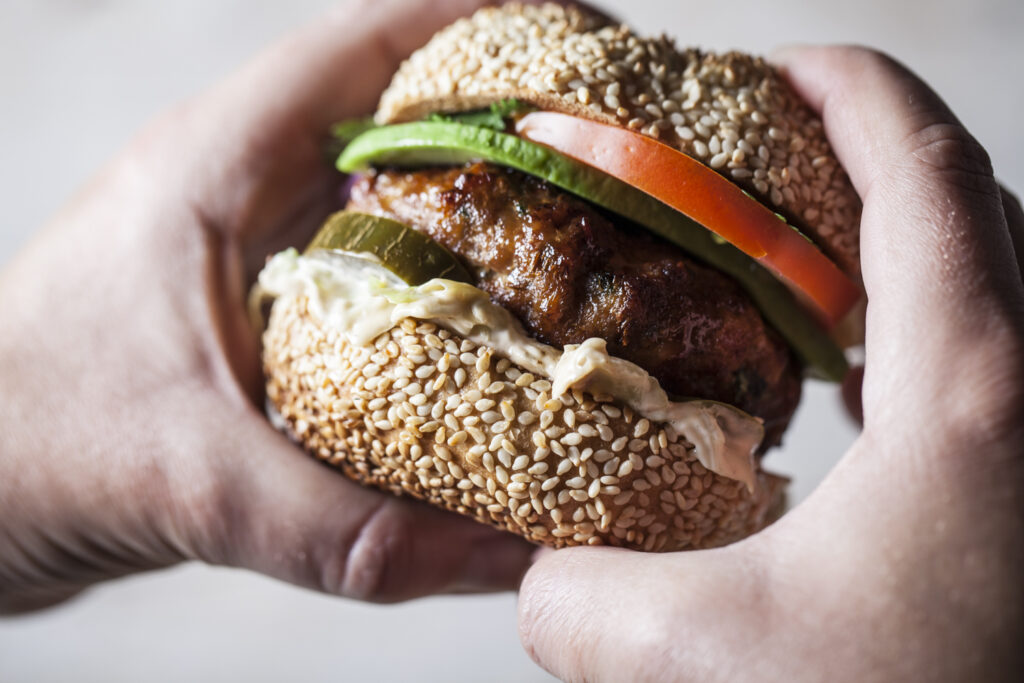 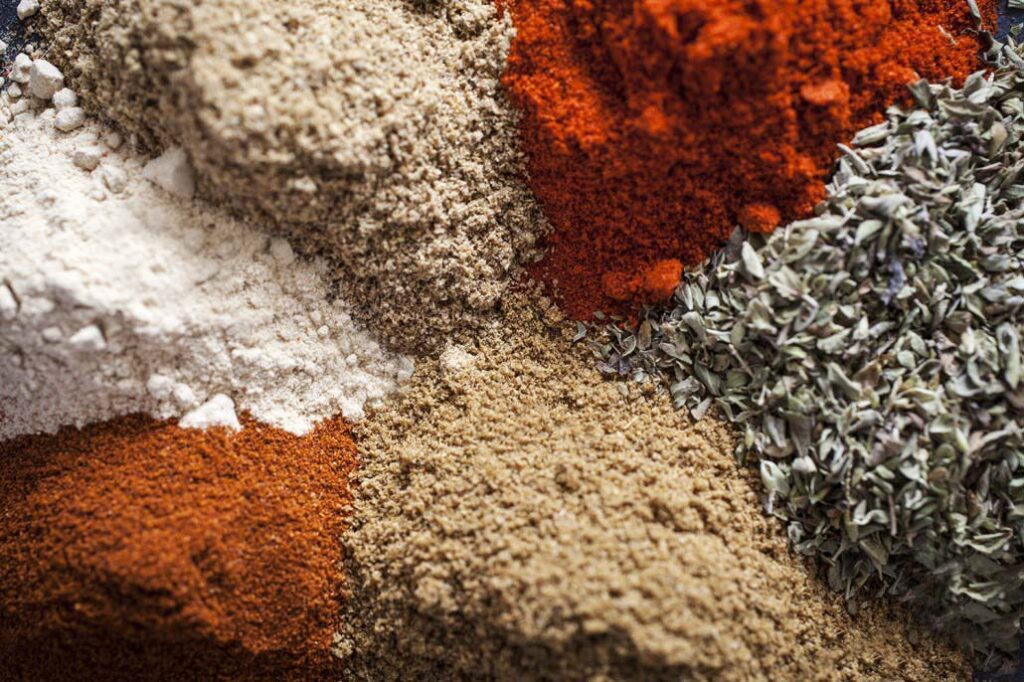